PESTLE analysis is a framework which is imperative for companies such as Tata Consultancy Services (TCS), as it helps to understand market dynamics & improve its business continuously. PESTLE analysis is also referred to as PESTEL analysis.

The political factors in the Tata Consultancy Services (TCS) PESTLE Analysis can be explained as follows:

Tata Consultancy Services (TCS) has established a dominant position in the domestic market. Although the positioning of the firm is strong is India, it still depends largely upon North American and European markets. At the time of the Brexit the company focused on areas such as immigration and passport controls on the airports, Custom excise reporting and cross border market access. The European Union makes up more than 20% of the revenues for the firms. 10% of the pound value fell after the referendum regarding UK’s decision to leave EU was announced. Many companies in Europe had postponed their software spending. Even the long-term projects were postponed by the companies the EU although the viability of the short-term projects wasn’t affected. They experienced selling pressure of shares due to political instability in Britain which is one of the major clients of Tata Consultancy Services (TCS). 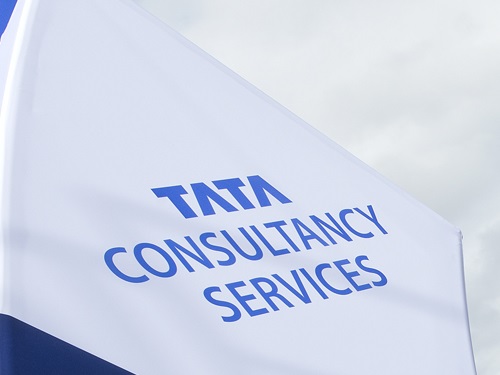 Below are the economic factors in the PESTLE Analysis of Tata Consultancy Services (TCS):

As mentioned in the annual report the TCS’s revenue has exceeded the figure of $20 billion, which is almost 20 times than that in the last 16 years.

They have established a strong market position in terms of securing the rank of being the first Indian company to have a market capitalization of $100 billion in the last ten years. Tata Consultancy Services (TCS)has always followed an unconventional path for creating differentiated strategy, creating its market success and allocating the capital. They truly believe in the company’s ability to maintain the high revenue growth as well as the profitability of the firm over the longer period. The revenue growth of the firm has increased with a CAGR of 12.4%. They were awarded with the honor of being the fastest growing brand in IT services worldwide by Brand Finance.

Over the years of its operations, Tata Consultancy Services has gained expertise into the area of establishing and retaining the existing customers. They have designed certain set of features which are quite unique to the company which has helped them in gaining popularity among its current set of clients. They provide a good work life balance to the employees. Although the company has been criticized for many levels of hierarchy in the organization. Nevertheless, the company has established a very strong financial presence across its areas of operations which provides its client with a certain level of confidence in the company. Since India is already the IT hub for TCS, it employs the skilled labor which are then posted onsite for handling the clients. The skilled labor further speaks about the stability of the company in front of the clients.

The technological factors in the PESTLE Analysis of Tata Consultancy Services (TCS) are mentioned below:

Tata Consultancy Services (TCS) attributes the success of the company towards its investment in technology and the preference given by the company to innovation. The company collaborated with Singapore Airline Operations Solution, in order to change the ground operations with the help of digital technologies which would further improve operational efficiency and provide an enriched customer experience. They further launched an Intelligent Power Plant Solution in order to digitally transform operation with the help of power utilities, by combining AI, IoT and Digital Twin technologies. The company also revealed the Machine First Delivery Model at the North America Customer Summit as a proper channel of providing superior experiences to the customers.

It is a robust model which would incorporate the use of analytics and AI in order to sense, understand, decide and then act in a dynamic environment.

Following are the legal factors in the Tata Consultancy Services (TCS) PESTLE Analysis:

TCS has been held responsible for stealing data in the past. The case was filed by Computer Science Corporation where Tata Consultancy Services was held responsible of fraudulently accessing content to construct an insurance platform. According to CSC, the company was abusing its authority while accessing the codes. The company further alleged that some TCS employee copied and then pasted some part of CSC’s insurance source code. They were of the view that the employee not only copied the code but sent it colleagues through e-mail. In return CSC mentioned that they wanted TCS to compensate them for damages suffered. The case is quite similar to one that was filed against the company in the past, where they were accused by Epic Systems. TCS had lost the case where the company suffered from heavy penalties of up to $420 million.

In the Tata Consultancy Services (TCS) PESTLE Analysis, the environmental elements affecting its business are as below:

Tata Consultancy Services truly believes that providing equitable access to financial services to the poorest of states can act as a direct bridge out of poverty. TCS launched a financial inclusion network which plays a major role in order to bring about a banking revolution.

The idea is to create a complete ecosystem where participants are connected through an ecosystem to facilitate a seamless delivery of banking services even in the most remote areas. Tata Consultancy Services (TCS) has been able to launch more than 300 million + bank accounts under the umbrella of the same mission. The solution is supported by 100000 banking correspondents, which are equipped with devices connected to hand held devices which facilitates all types of services such as deposits, withdrawals, micro-loans, collections and remittances etc.

To conclude, the above Tata Consultancy Services (TCS) PESTLE Analysis highlights the various elements which impact its business performance. This understanding helps to evaluate the criticality of external business factors for any brand.