The political factors in the IKEA PESTLE Analysis can be explained as follows:

IKEA operates in more than 40+ countries. The political decisions and policies of each countries are very crucial for the company. If the government is business friendly than it becomes very easy for IKEA to start its operation without many complications. Recently it has opened up its store in India as the government of India is promoting the campaign of ‘make in India’ wherein it wants the multinational companies to produce in India for Indians and for the world. This campaign benefited the IKEA and it opened up its first store immediately after a business-friendly government came into power in India. 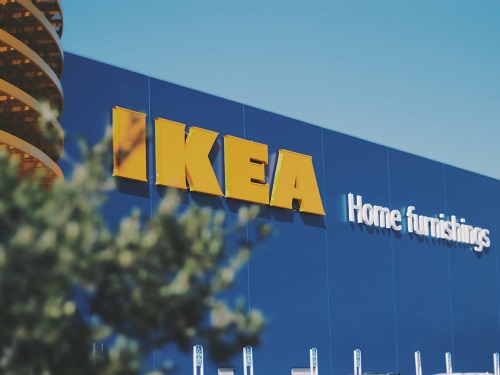 Below are the economic factors in the PESTLE Analysis of IKEA:

The country’s GDP, its per capita income, inflation, purchasing power etc has a lot of impact on the operations of IKEA.

It is also prone to economic slowdown. The Brexit which is about to be completed by December 2019, has impacted the business of the company. After Brexit it will be difficult for the company to hire workers from Britain. Moreover, the free flow of goods and services within the EU will stop after Britain exit from the union. But the good news is coming from the developing nations where it is expanding its business rapidly and started seeing great sales. It opened up its first store in India in 2018 and is planning to open up 25 stores in India by 2025.

Social and cultural factors have deep impact on operation of the business. different countries have different cultures, what is good in one country could be a sin in another country. so, it becomes very important for IKEA to take care of the values and culture hold by people of the country in which it is operating. In its Russian catalogue, IKEA removed the same-sex couple from the magazine as homosexuality is still viewed negatively in Russia. while Russians may be happy with this decision of IKEA, but other countries where homosexuality is allowed called this act of IKEA as regressive and narrow minded. While it is necessary to take care of the culture of the country, it also necessary to stand up for what is right as the company get support from many different countries if not from the said country.s

The technological factors in the PESTLE Analysis of IKEA are mentioned below:

IKEA is updating itself rapidly to keep up with changing business environment and rapidly changing technologies. IKEA is investing heavily on it research and development and bringing in more and more technologies to keep its customers satisfied. It has held its first Tech festival in Shanghai wherein it displayed all the technology advancement the company is making and its future plans. It is also working on robotic powered furniture which could turn a tiny flat into a palace or bedroom into a living room. It is also working on a plan to use autonomous vehicles as an extension of homes, offices and local institutions.

In one such case they had fitted in autonomous car a grocery holder in the back seat where all the groceries can be stocked.

Following are the legal factors in the IKEA PESTLE Analysis:

Since it is working in many countries, it needs to take care of the laws pertaining to respective countries. Any violation of law can put the company into a lot of trouble. It is necessary for the company to source 30% of its inventory from local sources in India. That is the condition put by the government to let IKEA open up its store in India. A copyright infringement lawsuit has been filed against the company by American furniture brand Emeco against IKEA citing that IKEA has copied the design of a chair design by the Norman Foster. It is now seeking compensation for the damage and wants that IKEA stop producing that chair immediately.

In the IKEA PESTLE Analysis, the environmental elements affecting its business are as below:

With the increasing awareness of people of the climate change, it became the huge responsibility of companies to provide products and services which are sustainable in one way or another. IKEA is ensuring that it will become as sustainable as possible.

IKEA has released a 2030 sustainability strategy document which emphasized on using only renewable and recycled materials. IKEA is a huge challenge for a company which has 400+ stores in 40+ countries, but the company is determined to achieve this target by 2030. They are investing heavily in solar and wind panels and also sourcing wood and cotton from sustainable sources.

To conclude, the above IKEA PESTLE Analysis highlights the various elements which impact its business performance. This understanding helps to evaluate the criticality of external business factors for any brand.