The political factors in the Parle PESTLE Analysis can be explained as follows:

Parle company was established in 1929 in British India by Chauhan group of Ville Parle, Bombay. Because of different approaches like demonetisation and GST there was a drop in the business. The political effect on the association is on a very basic level influenced by the open law and rules. The business needs to satisfy its requirements offered by government else it needs to pay fine. Parle Industries Ltd is in a general sense reinforced by Government to fulfil all of the criteria of necessities like exhibits of prosperity and wellbeing. In attempts to convey phenomenal sustenance, Parle Industries Ltd is adjusting the essentials of sustenance and refreshment creating. This may trigger the encroachment of administrative guidelines and rules. 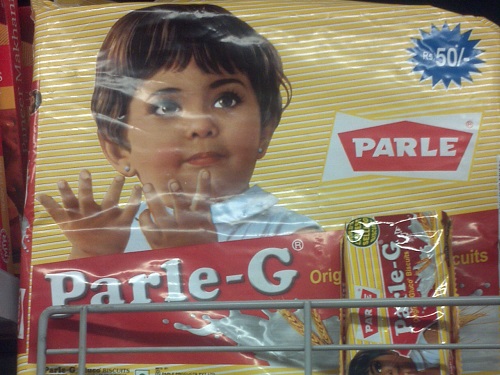 Below are the economic factors in the PESTLE Analysis of Parle:

Parle which makes brands like Parle G, Monaco and Marie rolls records a normal of over Rs10000 crore every year with more than 100,000 workers.

The quantity of shops stocking these items being sold from these shops is going down because of feeble shopper request. The duty structure-GST is influencing this organization. When looking at their rival Parle—we should put it along these lines; more extravagant Indians might be racking designs to purchase another vehicle yet they aren't eliminating rolls yet. Indians spend more on moves than on toothpaste, sound skin things, shampoos and minute noodles set up together. The Mumbai based Rs 5000 crore association, progressed by Vijay and Sharad Chauhan has close to 45 percent bit of the scones publicize while Nusli Wadia's Parle organizations has about 38percent offer, reason being Parle has a strong movement mastermind especially in common markets.

The company initiated a crusade "Parle my green planet". It was one of India's biggest CSR activities. It instructed the school teachers in 5000 schools to teach and engage everybody about the reason for condition preservation different activities were arranged like planting more trees around India, moderating water, power and reusing waste. Parle G has demonstrated to be a famous brand as it centers around increasing the value of the end client as opposed to stamping cash from the pockets of Indian masses. The social condition keeps changing concerning time like the manner of the customer despite their strategy for lives. Business can't be productive till the association isn't stressed over the living course of action of the customer. Parle Industries Ltd is figuring out how to meet its objectives as the world remains searching for strong sustenance.

The technological factors in the PESTLE Analysis of Parle are mentioned below:

A good FMCG company is always dependent on a high quality product with a good shelf life as well as production which meets the demand. Parle as a company has constantly innovated and invested in improving the technology at their company. All its products are made in state o the art factories with the highest levels of hygiene being maintained. Since these are food products, the technology is focuses on maintaining quality of the food, good packaging & a long shelf life.

Thus technology and R&D are critical aspects for Parle company.

Following are the legal factors in the Parle PESTLE Analysis:

In the Parle PESTLE Analysis, the environmental elements affecting its business are as below:

Parle, considering environmental effects, is set out to work in conditions with security of the basic stores and essentialness.

As on account of the gathering of greater number of things there might be a hazard if the benefits used are recyclable or not. The company has really contributed in protecting environment by various initiatives across the country. The company has also focused on environmental friendly methods of production.

To conclude, the above Parle PESTLE Analysis highlights the various elements which impact its business performance. This understanding helps to evaluate the criticality of external business factors for any brand.