The political factors in the Ray Ban PESTLE Analysis can be explained as follows:

Ray Ban is one of the most popular eye wear brand which has a history of 75 years. The Brexit referendum in which the U.K. voted to move out from the European Union has caused a lot of uncertainty in the market. Though the final decision is still pending it has created a commotion in the market as the U.K. being a part of the European Union gave it a number of benefits, which include tax benefits, and ease of doing business. The companies in the European Union will have to relocate themselves which will cost them a large amount. The companies will have to implement different business strategies. This move will also have a negative impact on the U.K. currency Pound. There are several factors decided by governments which define the business for Ray Ban. 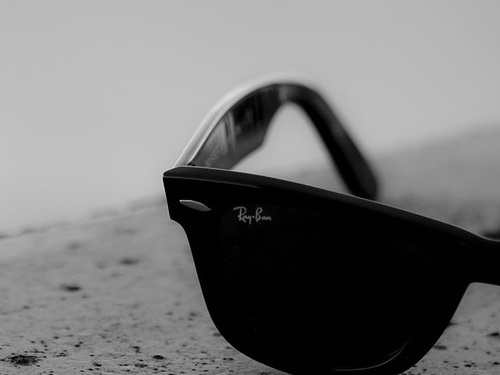 Below are the economic factors in the PESTLE Analysis of Ray Ban:

Ray Ban is a global brand, and its price & business is dependent on several economic factors.

Due to the protectionist policies in various countries, there has been a focus on consumerism which has resulted in moderate economic growth. In Asia the company is growing economically as the two major consumers, India and China are recovering from the economic slowdown. Especially in China, the slowdown has resulted in the Ray Ban’s sales in various businesses. The changes in the value of currency rates are quite visible by the difference in the U.S. and European dollar rates. It also incurs the partial manufacturing cost in the Chinese Yuan as well as in the Australian Dollar which influences the overall profits. The world economy has potential growth in the coming years thus it will also affect the growth in Ray Ban’s business.

Consumers have a wide taste of fashion, and the preferences of every individual change day by day, so it is very difficult to keep track of this for a brand like Ray Ban. The sale of glasses can also be affected by the availability of optional corrective eye lens or refractive optical surgery. So this heavily impacts the bottom line sale of the company. So if the company is not able to keep pace with the changing demands of the consumers then it can face large downfall in its sales. Digitalization is a must in this era, so the company needs to have an online platform which enables the consumers to have a wide range of options in style, frames, material, lens, colour, etc. Thus E-commerce marketing needs to be very strong in this time. There is also a virtual try on tool which enables the customers to have a visual experience of eyeglasses and they can even look into the minute details of the eyeglasses.

The technological factors in the PESTLE Analysis of Ray Ban are mentioned below:

Technological advances are very important for every company to function in trend with the on going trend. In the eye care sector, Ray Ban needs to incorporate blue light lenses which has a positive impact on the sales of eyeglasses, blue light filter always outgrows sale of the eyeglasses in comparison of the sun wear sales. Within the sun protection range the product which leads the market is polarized eye wear and sun wear with photo chromic lenses are also highly popular.

Ray Ban can also do more research and development in the technology according to the needs of the public, it can have customized products and merchandise stocks accordingly.

Following are the legal factors in the Ray Ban PESTLE Analysis:

Ray Ban has to follow all the legal compliances laid by the respective government in which it markets. Equal pay for all the employees is a major factor and it needs to be practices in order to avoid serious repercussions. There is an increased level of expectations on the unemployment level, insurances based on employment injury and more. These increased wages and insurance standards will add to the manufacturing cost of Ray Ban.

In the Ray Ban PESTLE Analysis, the environmental elements affecting its business are as below:

The environmental regulations are becoming stricter and more stringent which forces the manufacturing units to reduce the carbon emission which in turn forces the firms to develop new technologies. The cost of developing technology or make changes in processes are high which increases the cost of the Ray Ban products.

Global warming and climate change are the most important environmental factors that impacts the businesses. This causes a need for the firm for sustainable growth. To reduce pollution, the manufacturing units of the company are using biogas and other renewable sources of energy but still the major source is non-renewable sources.

To conclude, the above Ray Ban PESTLE Analysis highlights the various elements which impact its business performance. This understanding helps to evaluate the criticality of external business factors for any brand.