The political factors in the AT&T PESTLE Analysis can be explained as follows:

AT&T has global operations and is exposed to the risk of political instability and the risk of government regulations, making doing business more difficult. The company has a good presence in Latin America, particularly in Mexico. However, South American regimes have been politically instable, especially Venezuela, which is in hyperinflation. Political instability in South American countries makes it difficult for the company to do business and may affect its ability to provide service. Also, the company faces risk of adverse change of ties between the US and foreign governments, protectionist trade measures like tariffs, inadequate legal protection of intellectual property laws, etc. Such events would negatively impact the profitability of the company. Many of the subsidiaries of AT&T are subject to various federal and state laws in the US. Yet, many of the company’s competitors are exempt from certain laws. Also, the company is subject to the regulations of national governments in other countries. Any changes in laws may materially impact the cost of doing business. 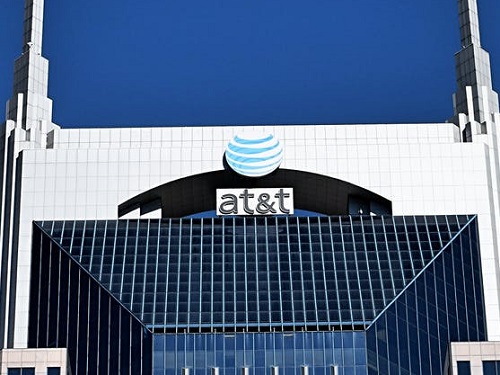 Below are the economic factors in the PESTLE Analysis of AT&T:

Also, as many of these financial institutions are present in the US and Europe, where regulations related to lending have turned stricter, it may become difficult for AT&T to borrow from them. Also, there has been lot of volatility in financial markets due to uncertainty driven by US-China trade war, Brexit, impact of Covid-19 on global economy, etc may again affect financial markets ability to lend. Consequently, it would be more difficult for the company to borrow or it may have to borrow at higher interest rates, increasing the cost of capital. The company faces the risk of increasing costs of providing video and other related services. The video programming services distributed by AT&T, are provided by other companies. The trends suggest that the rate of charging for these services is higher than inflation. This further puts pressure on company profits.

Social factors have always influenced AT&T ‘s business. The US television industry is evolving, with change in consumers’ tastes and preferences. This has put forth two implications. Firstly, there is a shift towards internet Over-the-top services. Some of these are giant companies like Netflix, Amazon’s Prime services, etc. These OTT companies have huge subscriber base. Secondly, there is a trend of decreasing subscriber base in case of advertising-based television. Instead, viewers increasingly prefer SVOD services. Both these factors are contributing to declining revenues and profits for the company. Although the company has launched a direct-to-consumer streaming channel called HBO Max, there is no guarantee that this measure can arrest the decline in revenues. Another significant change in the communications industry is the preference of consumers towards mobiles to watch videos. Also, many governments and businesses prefer wireless services for homes to serve their constituencies and consumers, respectively. AT&T has tapped this opportunity and launched a mobile TV service, too. The company is also spending more on software-based technology to take advantage of the new trends. The company is also in the process of launching 5G wireless technology. These steps would help the company meet changing demand of consumers.

The technological factors in the PESTLE Analysis of AT&T are mentioned below:

In recent years, there has been a growing demand for faster video usage and data consumption across various platforms. AT&T has to make investments to improve its wireless, video and broadband services. In order to provide these services, the company maintains and grows its network capacity and coverage for transport of video, data and voice. Thus, it continues to invest heavily in spectrum auctions and also uses software and technological equipments. However, there is still a risk of delays and more than expected cost. This could be due to delays from the suppliers’ end, issues in software, regulatory permits delays, etc. The company has found innovative ways to partner with its stakeholders. For example, in 2019, the company collaborated with the University of Miami to develop 5G and Muti-access Edge Computing on Coral Gables campus. This project helped develop unique ways of research and teaching.

This project allowed the university to transition from remote data center processing to localized server-based processing.

Following are the legal factors in the AT&T PESTLE Analysis:

Mobile and wireless technology has enabled the proliferation of unauthorized, pirated content. This has affected company business in Warner Media’s international locations and South America. Many countries do not provide adequate intellectual property rights protection. This affect company revenues in those countries. AT&T company faces a challenging legal environment. This includes being subject to litigation like claims related to antitrust laws in the US, customer piracy laws, patent rules, other regulations, etc. There is a high cost involved in order to comply with government standards. The company also faces legal cases related to the negative effect on the health of employees and customers, owing to the use of wireless technology. All these litigations may cause the company to incur substantial financial resources in case of losing cases in the court. It may also have to separately pay amounts to government related to the respective laws.

In the AT&T PESTLE Analysis, the environmental elements affecting its business are as below:

External factors include natural disasters, such as floods, cyclones, forest fires, earthquakes, etc and this could severely hamper business activity of AT&T. Also, the company is tapping new opportunities to turn carbon neutral in the long-term. For instance, the company has completed the largest US corporate solar energy deal with Invenergy’s Samson Solar Energy Center. The deal involves an agreement to buy 500MW of solar electricity and also made the company the 3rd largest US Renewable Energy buyers in 2019. The company is on a mission to turn carbon neutral by 2035. Also, the deal will create more jobs and improve local development. Also, the company plans to reduce its greenhouse gas emissions by a quarter by 2030. The company is also working to make sure that half of its suppliers set their own Scope 1 and Scope 2 targets in the 3 years.

The company also plans to reduce its dependence on electricity by 60% relative to data traffic. There is measurable progress, too in this regard. It has reduced energy usage by 80%.

To conclude, the above AT&T PESTLE Analysis highlights the various elements which impact its business performance. This understanding helps to evaluate the criticality of external business factors for any brand.