The political factors in the Qatar Airways PESTLE Analysis can be explained as follows:

Qatar Airways administration is run by the government of Qatar as it is the national flagship of Qatar. The government control its operation and has started various new routes for the airways. It operates in more than 90 countries and it was declared airline in middle East and one of the top across the globe by international airline agencies. The government of Qatar has strong political will which have resulted in the tremendous growth of this airline. Also, the reputation of the Qatar Airways is very high due to its premium quality services. Now due to COVID-19 various countries have put various restriction on the travel from one place to other and also asked about various safety norms to be followed by airline industry. This have really affected the revenues of the company. Also, some period later group of countries decided to cut the political ties with the Qatar, which have really affected the business. 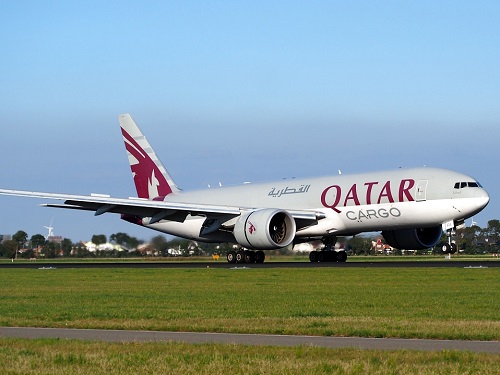 Below are the economic factors in the PESTLE Analysis of Qatar Airways:

Qatar Airways has a very good economic position in the airline industry.

It is one among the global leaders and operates in the majority of the countries. It has had huge profits which indicates that financially the company is sound. The customers are very happy with the service, good and experience they had during travel with the airways. It has started its flight to many new destinations and also increased the number of flights to earlier destinations. This will lead to an increase in revenue of the airway in the long run. The airway has also incurred high capital expenditure last year to buy new airplanes. Due to COVID-19 as many countries have put restrictions on the travel to other countries, this has put an adverse impact on the performance of the airways and may result in high decline in the profits this year. So, the company must consider these factors to make any strategic decision.

Many social factors influence the business of Qatar Airways. It includes factors like population growth, gender ratio, culture and diversity. The population of Qatar may not be very high but Qatar has high per capita GDP, which indicates that people have high disposable income to spend on travel and other leisure activities. The headquarters of Qatar airways are situated in Doha, which is again a very attractive place to visit. It needs to examine globally recognizable social changes which may affect its operation as it is a global company. Also, the number of Generation Y people are increasing in the population which is a very good signal for the company as they will build a large customer base for business travels and leisure too. Due to COVID-19, people now avoid travel due to fear of infection. This has really put a very adverse impact on the whole airline industry. Various airways companies are suffering huge losses as airways companies are not able to operate optimally due to these factors.

The technological factors in the PESTLE Analysis of Qatar Airways are mentioned below:

The airline industry is an industry which needs to constantly adopt new technology to improve safety and also at the same time experiences of the passengers. As customers' needs are changing rapidly now, so the company should innovate in accordance to the needs of the customers to compete with the competitors. Qatar always offered innovative services to its customers with use of new technological development like cost reduction, improved customer experience, comfort, etc. Adoption of new technology helped the company in increasing its customer base and at same time increase financial performance of the business. Qatar airways always has its own website and app on which customers can easily book tickets anywhere at any time. Some customers also get attracted offers while booking their ticket which increases their level of satisfaction with the company.

Following are the legal factors in the Qatar Airways PESTLE Analysis:

Legal factors include various national and international laws which a company must follow to avoid intervention of government and international bodies in the operation of the business. New regulation imposed by the US on the ban of laptops for the passengers coming from the Middle East affects the overall satisfaction of the passengers boarding. Also, the cost of operation of the airline industry increases due to laws which are related to ensure level of quality and consumer safety. Qatar airways have always given great importance to legal factors and that is the one reason that it enjoys very high reputation across the globe. Due to COVID-19 various new travel laws are made to ensure safety of the passengers and also to stop the spread of disease. The airline followed all safety rules to ensure that various stakeholders are happy with the operation of the business.

In the Qatar Airways PESTLE Analysis, the environmental elements affecting its business are as below:

As climate change has become a major concern worldwide. People really appreciate those companies which take initiative to protect the environment. Airline industry is criticized due to high carbon emission which contributes to climate change. As countries now have become more globalized, the number of people moving across the world have also increased. So, the demand for air travel has also increased and due to a greater number of flights operating around the world which have increased the carbon footprints of the airline industry.

To conclude, the above Qatar Airways PESTLE Analysis highlights the various elements which impact its business performance. This understanding helps to evaluate the criticality of external business factors for any brand.