The political factors in the Lindt PESTLE Analysis can be explained as follows:

Lindt is the market leader in premium quality chocolate which was founded in 1845. It operates in various countries which increases its risk associated with political instability and relation between various countries. Government fiscal policy and monetary policy affects the money supply in the economy and thus also affects the purchasing power of the people in the country. Tight fiscal and monetary policy is not good for the operation of the business as it reduces the demand of the people due to less money available with them. The business cannot influence the political factors of the country but these factors are very important in determining the growth and profitability of the business, thus cannot be ignored by Lindt. It also promotes its product in accordance with the Advertising Standards Authority. Also, the confectionery industry will hit hard due to Brexit. So, this is not a good signal for the company. 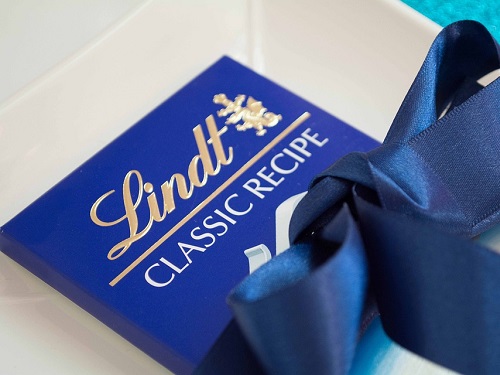 Below are the economic factors in the PESTLE Analysis of Lindt:

Since Lindt is a global brand, a lot of economic factors influence its business.

Due to the slowdown in the world due to COVID-19, many people have become unemployed. This results in very less income left with people to spend on confectionery. People now spent very less on confectionery, which is a major concern for the brand. The level of income is pretty low and inflation rates are high worldwide. Due to this company is facing the problem of less demand for its product. This will surely put a very bad impact on the revenues of the company. Due to lack of demand the company also has to slow its production which might affect the economies of scale of production and thus increase the cost of production. Also, climate change has affected the production of cocoa, due to which the prices of cocoa are rising continuously. Increase in prices of cocoa adds to the cost of production of Lindt which further reduces the profitability of the company.

Lindt has a wide range of high-quality chocolates and other confectionery items. It has various chocolates with different sugar content which makes this company unique. As consumers are now becoming more health conscious now, as they want to have chocolate with less sugar intake. Lindt provides various varieties of chocolates to its customers. So, health-conscious customers can have chocolate with less sugar content. Also, the culture of giving gifts on birthdays and festivals is rising which is a very good signal for them to increase its sale in the future by having an attractive marketing plan to attract various consumers. Companies must analyze these factors very properly as people's habits are changing very rapidly in today's world. So, the company must ensure to chase down the same pace in order to sustain, serve and maintain its loyal customer base. Also, the proportion of young people in the population is decreasing which can be a major threat for the company.

The technological factors in the PESTLE Analysis of Lindt are mentioned below:

Lindt continuously makes changes in the product it offers due to which it has been able to build customer loyalty over the period of time. It always tries to provide unique offerings to its people to attract new customers and increase their revenues. It continuously improves its production technology to provide better quality products and at same time also decrease the cost of production. As Lindt is known for its superior quality products, it should always try to improve its product offerings to satisfy its customers and be different from the competitors. The brand also uses superior quality packaging material to keep its product fresh which becomes a very important factor when customers purchase any confectionary item.

So, the company has rarely missed any opportunity to upgrade its technology which has really helped the company to become market leader in the confectionary industry.

Following are the legal factors in the Lindt PESTLE Analysis:

As Lindt operates across 120 countries, it has to abide various national and international laws which makes the operation of the company more complicated. It uses patents and trademarks to avoid competitors to imitate its product. One major challenge that brand faces is to cope up with the regulation’s challenges in the emerging economies. A company needs to abide by these regulations as non-compliance may result in the heavy penalty for the business and also tarnish the image of the company. Also, various countries have made laws to ensure safety at the workplace in the time of COVID-19. So, the company should make sure that these laws are followed and also at the same time satisfy its worker.

In the Lindt PESTLE Analysis, the environmental elements affecting its business are as below:

The awareness about the environment has increased a lot among people and governments of different countries and international bodies have also imposed various regulations to address the problem of climate change. Due to climate change the production of cocoa is affected adversely and thus increases the prices of cocoa. Which increases the overall production cost of the Confectionary items produced by Lindt.

The company also uses sustainable products in packaging and labeling which help to tackle the problem of the waste caused by the company. Company also is putting efforts to reduce consumption of water and energy in its production process. People now judge a company on the basis of what it is doing towards conserving the environment.

To conclude, the above Lindt PESTLE Analysis highlights the various elements which impact its business performance. This understanding helps to evaluate the criticality of external business factors for any brand.