The political factors in the Kurkure PESTLE Analysis can be explained as follows:

Kurkure a brand of corn puffs produced and marketed by PepsiCo. It is sold in India, Southeast Asia and many other countries. As it operates in many countries so it needs to have its marketing strategies based on the political environment of the county in which it is operating. These factors play a very important role in deciding the profitability of the company as it is subjected to corporate tax rules of that country, so changes in which may materially impact the profitability of the business. The form of government and the ruling parties’ interest could also affect the businesses’ growth aspects. A proper analysis of the political situation of the countries would also help the company to predict the possible problems that it could face due to the politics. So, these factors act as very important elements in determining the possible threats that may affect the performance of the adversely. 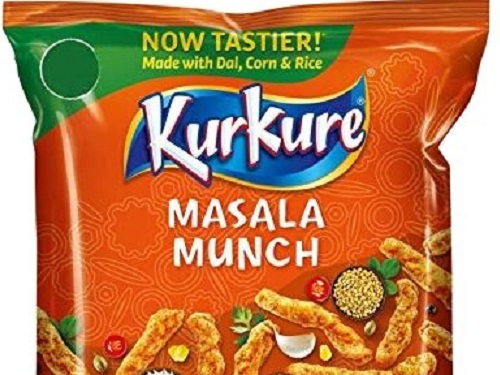 Below are the economic factors in the PESTLE Analysis of Kurkure:

As Kurkure operates in many countries so it faces the risk of foreign currency exchange fluctuation.

Thus, any change in exchange rate, particularly of $US strengthening against local currencies, makes imports of certain raw materials costlier. The Covid-19 pandemic has significantly changed the economic prospects of several countries. The pandemic has resulted in increase in unemployment, thus resulting in decrease in spending by consumers in such items which might be a very big problem for the Kurkure. Also, any increase in costs like electricity, rice, salt, sugar, tartaric, etc. increases the cost of production of the company which may result in decrease in the profitability of the company. Also, it is facing competition from various other brands available in the market. which reduces the revenues and profits of the company. The profit of the brand is expected to decrease this year due to less demand for it resulting from the COVID-19.

Consumers have become more health conscious now as they understand the adverse impact of such things on their health. This is a major concern for the company as it deals in items which do not provide much nutritional value to its user. There are concerns among consumers and governments about obesity caused by overconsumption of such items. So the government puts high taxes on such items to discourage the people from consuming such items. All these steps can really hit the revenues and profits of the business adversely. Also, earlier people doubted this brand as many people said that Kurkure products contain plastic which really impacted the image of the company adversely in the minds of the customers. As people's preferences change rapidly now, the company should have focused on them to satisfy them and provide them with distinct products and services from the competitors to increase its sale and market share.

The technological factors in the PESTLE Analysis of Kurkure are mentioned below:

The Kurkure brand, and its parent company PepsiCo are at the forefront of tapping opportunities in the technological advancement. Consistent marketing campaign are key for the success of the brand. The company uses latest tech digital marketing tools to stay ahead of its competitors. Due to Covid-19 ecommerce and online shopping trends have emerged very rapidly. The company have really tapped this opportunity very adequately by launching its online shopping platform. These factors are very important for the reducing the cost of production of the company and also satisfy its customers. The company always try to find new ways to create a better digital system and have already digitize its operations by using data, AI, automation, robotics, etc. to improve productivity and efficiency.

The company is quite ahead in this factor as it parent company have huge resources’ for continuous improvement in the technology.

Following are the legal factors in the Kurkure PESTLE Analysis:

Kurkure relies on trademarks, confidential formulae and intellectual property rights to maintain its competitive advantage. Governments of various countries have made laws regarding food and beverages. It must follow these in order to avoid intervention of the government in the operations of the business which may affect the reputation as well the profitability of the company. There are laws also regarding maintaining privacy of the customers. As the brand collects the data from the various users it should make sure that it maintains the privacy of their data to gain the trust of the customers. As these laws keep on changing, the brand, too, needs to comply with these changes accordingly. For example, the EU enacted the General Data Protection Regulation for all companies collecting personal data of EU residents. Any violation of the law invites heavy penalty, and thus may affect the brand’s reputation.

In the Kurkure PESTLE Analysis, the environmental elements affecting its business are as below:

As consumers are becoming more concerned about the environment now. Kurkure’s parent company PepsiCo has been earlier criticized by the people for the water pollution that it causes due to its operations. So, the company needs to address such issues to build a good image in the mind of the various stakeholders and thus improve its goodwill. It uses packaging materials that are non-biodegradable as of now. So, it needs to have biodegradable material for packaging so that it causes less pollution in the environment. These actions may lead to a positive brand perception in the mind of the customers, which can enhance corporate image and goodwill of the brand.

Another factor that can affect sales of the brand are undesirable weather conditions in the countries it does business in. This may increase the price of the materials required for producing the product. So, increase the overall cost of producing Kurkure, which will ultimately reduce profitability of the company.

To conclude, the above Kurkure PESTLE Analysis highlights the various elements which impact its business performance. This understanding helps to evaluate the criticality of external business factors for any brand.