The political factors in the 21st Century Fox PESTLE Analysis can be explained as follows:

21st Century Fox Inc can be highly affected by the political situations going on in the locations of business operations, and hence they are a major factor. This firm as a part of the entertainment industry this mass media firm needs to take care of bureaucracy and interference that is taken in the entertainment industry in countries. Pricing regulations and taxation is another factor that they may to consider. Previous years political stability must also be taken care of. Along with this, policies in place for intellectual properties must be taken care of to make it safer for its existence. Another political factor that would affect the company is the employee benefits that are mandatory or the minimum wage rates that the company needs to maintain. The relationship between the source and the host country must also be studied and analyzed well to avoid any rocky situations like a trade war. 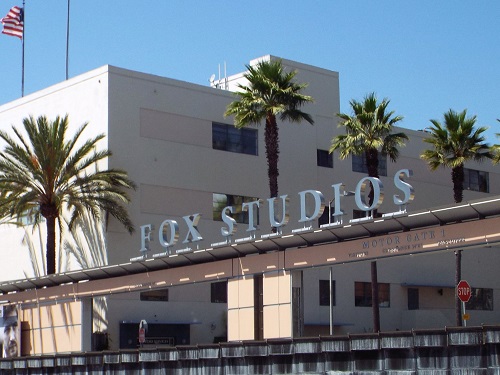 Below are the economic factors in the PESTLE Analysis of 21st Century Fox:

As a firm in the entertainment sector, being aware of the country’s standard of living is of utmost importance as luxury is being served.

This is because the level of consumer spending and customer’s willingness to spend on entertainment. The growth rate of GDP in the previous years and prediction for the future years would also be an important indicator of how the entertainment industry would be in the coming years. The level of unemployment reflects the availability of cheap or expensive labor in the country. That is if unemployment is high people will be willing to work even for lesser wages. This further determines the cost on labor thereby affecting the profits of the company. The skill level of workers required by 21st Century Fox Inc also impacts the same. Exchange rates of the host country and source country will also affect the profitability.

These factors are related to the day to day living style and culture of the society that is the demographics, level of education, willingness to spend on leisure, attitudes etc. of people determines how the society is going to treat 21st Century Fox Inc. These factors are also the ones that would help the marketer to segment the market, find potential customers and position the service in their minds. The promotions for the entertainment group shall be designed accordingly which will help attract a lot more customers. The gender ratio in the country, its average age of the population, culture, diversity and many more factors could also help in selecting right content basis for the customers and prevent them from delivering content that wouldn’t be appreciated by the society or would be against its cultures and traditions. Delivering content on major issues and spreading awareness will benefit the entire society.

The technological factors in the PESTLE Analysis of 21st Century Fox are mentioned below:

21st Century Fox company is dependent on several technology factors. The entertainment industry is pretty much affected by the change in technology, so the companies in the industry must be updated about the latest and upcoming technologies in the market. Apart from this it should also adapt to the latest technology in their studios and while reaching customers who would be using different forms of technology. Technology in the entertainment sector has changed with time the level of convenience with which one can enjoy their movies and shows on a small handheld mobile device and flat screens rather than huge projector screens or old-style televisions. The company must analyze the extent to which a new technology would benefit it and thereby decide to invest in it, as technological innovations have been more rapidly building up and breaking down than ever before.

Taking the first mover advantage in such a competitive scenario is one thing that 21st Century Fox must always consider.

Following are the legal factors in the 21st Century Fox PESTLE Analysis:

Copyrights, Patent and Intellectual property law is one that is of fundamental importance when it comes to tv shows and movies in the entertainment sector. Piracy is one of the major issues that this industry faces, and it should pay special attention to. As most of the customer see a tv show or a movie once, 21st Century Fox must ensure to get all the permissions and rights to get it to the customers before the competitors do. Apart from this they should ensure that no illegal screening is done, which differs from one country to another. This may come under the consumer protection law. Anti-trust laws and discrimination law must also be taken care of. Any predatory business practices or content which encourages or depicts discrimination must be avoided to keep 21st Century Fox away from any legal issues.

In the 21st Century Fox PESTLE Analysis, the environmental elements affecting its business are as below:

All industries are adapting to eco-friendly and sustainable methods. 21st Century Fox Inc should also do a thorough analysis on how it can contribute towards sustainability and adapt environmental-friendly methods of doing things. These factors are critical to look into due to the rising concerns of increasing global warming, negative environment impact, carbon footprint limits. Eco friendly methods, wherever possible must be taken to build goodwill and have a competitive advantage which in turn would help to last longer in the industry. The company should also consider spreading awareness about the environment and send messages to the masses.

Taking such initiatives as a part of corporate social responsibility could prove to be greatly beneficial for the company. Noise levels, audio and video quality must be taken care of. The company should avoid using any such resource that would be harmful for the environment in any manner and also keeping safety measures and precautions in place to avoid uncertainties.

To conclude, the above 21st Century Fox PESTLE Analysis highlights the various elements which impact its business performance. This understanding helps to evaluate the criticality of external business factors for any brand.