The political factors in the Pepsodent PESTLE Analysis can be explained as follows:

As Pepsodent is a part of the FMCG industry any changes in the taxes or the laws could have a direct impact on the industry. The political macroeconomic environment which could be the most unpredictable environment affecting the organization as whenever the government passes a law the company or the organization has to abide by it. Elections could also have a great impact on the companies as new laws could be introduced or new regulations may come into the picture if the new government plans to shift or modify from the existing taxation plan. Other factors like trade regulations, tariffs related to consumer goods, restrictions on marketing, government intervention in the industry , pricing regulations etc. could also be some of the political macro-ecomic factors affecting Pepsodent. Thus, to achieve success in the dynamic environment careful analysis of the risks due to political environment must be done and strategies must be developed accordingly. 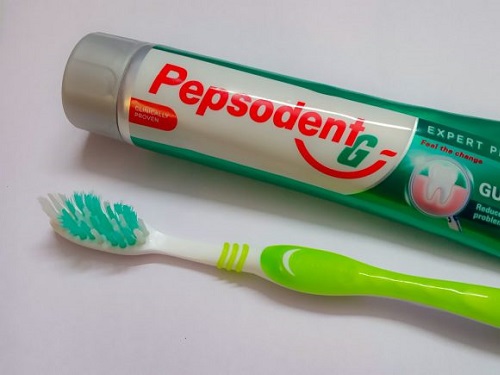 Below are the economic factors in the PESTLE Analysis of Pepsodent:

The economic factors include the large scale factors that have a great impact on the consumers purchasing power.

Search factors could be tax rates, inflation rates, interest rates, stability of the country’s economy, Economic growth rate in the country, financial markets condition in the country, and many more. The real GDP of the economy may also play a major role here as it has an impact on the raw materials costs that are required by the company thereby forcing a change it their cost structure and increase in priced for final consumers. No only future prospects of the country’s economy but also past economic conditions have an impact on the economic factors affecting the toothpaste industry in general, which includes Pepsodent. The employment rates in a country also have a great impact on the cost of the product and hence it could also be considered to be a very important economic factor.

Social factors help in determining the consumers need or want. Analysis of this helps the company to produce for the customer. One of the most evident examples of this would be the rise in the number of variants in which president is available today as compared to the number of variants available 5 years ago. the social factors include the class structure the level of education in the society, the prevailing health and environment consciousness in the society, attitude of people towards the product, culture , preferences. In recent times there has been an increase in the demand of Ayurvedic products due to various factors and Pepsodent has developed a variant in order to meet the demand. An investment in research and development would help the company to take up more such initiatives at a much earlier stage which could benefit it in the long run.

The technological factors in the PESTLE Analysis of Pepsodent are mentioned below:

Technological factors have been evolving since the very start and today they are changing at an ever-pacing rate and coping up with the same is very important in order to sustain in the market. This is because these factors could have a great impact on the cost at which a company produces. Hence the company needs to continually update itself with the technological changes in the environment and its effect on its industry. So, if a company lacks a sound technological strategy it is bound to suffer. For example, Digital marketing, launching of increased number of platforms or applications where the product can be purchased etc. have made its very convenient for customers to buy products and to be aware of al the varieties and brands of the products available.

Hence there is a need to identify favorable technological factors well in advance of the competitors in order to ensure a competitive advantage in the industry.

Following are the legal factors in the Pepsodent PESTLE Analysis:

Pepsodent being a consumer product, it is very important for the customer to know what they are purchasing. Any false information on the packaging or on advertising could lead to lawsuits and legal charges on the company. This is in order to protect the consumers from buying products that could harm their health. The food Safety Board also expect a certain level of quality to be delivered for the safety of the consumers. Health and safety laws are also in place to ensure the same. Anti-trust laws are also in place to ensure that the business follows fair practices while operating. Employment laws are to look after the employee’s welfare and consumer laws are to protect the consumers. Data protection laws and discrimination laws are also in place to ensure standards and to look after the welfare of the company in general.

In the Pepsodent PESTLE Analysis, the environmental elements affecting its business are as below:

Certain other factors like climate change, pollution levels in the location and attitude of people towards eco-friendly measures could also have great impacts on the final product. Considering the long-term aspects of the business, employment of sustainable sources or renewable sources of energy would help the company do not only minimize its cost but also be environmental friendly. Search measures help the company distinguish from the others in the industry and hence gain competitive advantage in the long run.

To conclude, the above Pepsodent PESTLE Analysis highlights the various elements which impact its business performance. This understanding helps to evaluate the criticality of external business factors for any brand.