The political factors in the ONGC PESTLE Analysis can be explained as follows:

Oil and Natural Gas Corporation Limited (ONGC) was set up as a Commission on August 14th, 1956. The company became a corporate on June 23rd, 1993 and has now turned into a fully-fledged petroleum company. It is a public sector enterprise and one of India's highest profit making corporate. The Indian government hold around 75% equity stake in this company. This, also being one of the major reasons why political factors have a great impact on the company. The policy making process and implementations depend on the local could and changes in them could impact company operations. Pricing regulations by the government also play a major role as it affects the demand. Government regulations and deregulation must be under the norms of World Trade Organization as it could have an impact on the industry entrants and thereby profits of the company. The size of government budgets also plays a major role in boosting the growth off the economy and thereby the profitability of the company. 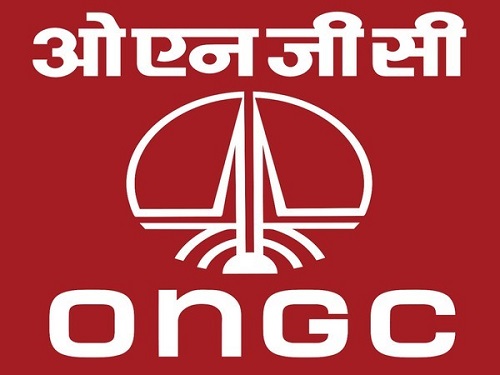 Below are the economic factors in the PESTLE Analysis of ONGC:

The oil and natural gas company produces millions of metric tons of crude oil and supply more than billions of cubic meters of gas since its inception.

there has been an increase in the energy requirements of the Indian economy and ONGC He is one of the most valuable companies in India which contributes to around 75% of Indians crude oil production and 80% of natural gas production. Economic factors like fiscal and monetary policy changes could be of great concern for ONGC. The employment rates in the country would affect the company as higher employment rate would lead to a greater number of customers and hence an increase demand but on the other hand the company would have to invest in expensive labor. foreign exchange rates also have a major impact on the oil prices and hence all the conditions that could lead to such a situation should be analyzed properly.

The demographics of the population with respect to ages, gender and income distribution in the society are some of the social factors that could be helpful. For the ONGC company to analyze their marketing strategies and deliver the best. The differences in educational background between the potential customers and the marketeers could also act as a barrier to correct perception. Factors like birth rate are also a very good indicator of future demand. The attitude of people in the society towards health and safety often reflects on how consumer spending on oil changes. Awareness of such social issues in the society and measures against them would also play a major role in this company’s product demand. For the companies in this industry price also place a big factor in determining the demand and other factors remaining constant price is indirectly proportional to demand.

The technological factors in the PESTLE Analysis of ONGC are mentioned below:

In times when technology evolving at such a fast pace it can impact the competitiveness in the structure, thereby impacting the demand and the price structure after brother. To sustain in the market for a long term is very important for ONGC to continuously innovate and get their product perceived as customers as a need rather than a demand. Acceptance of different methods or modes of mobile payments, Investment in research and development to be prepared to take advantage of new technology as a first mover advantage, digital drives and transparency, ease of operations are other technological macroeconomic factors that could have a great impact on the company’s operations.

Hence to obtain competitive advantage in the market a company must be fully aware and ready to accept new technologies as and when they are available.

Following are the legal factors in the ONGC PESTLE Analysis:

Legal factors or laws surrounding the ONGC company are security laws, business close, antitrust laws, consumer protection laws, employee protection laws, laws regarding company’s trade practices, Health and safety laws etcetera. All these laws differ from one country to another and must be well studied before company operations in order to avoid any lawsuit legal charges against the company. Such laws are in place to ensure wellbeing of all the stakeholders of the company and the companies’ operations itself. The oil and natural gas industry are surrounded by various strict laws and the actions for not abiding by them could be very serious. In order to avoid the extra cost and time spent on legal proceedings the company should take care of all the loss while taking any measures.

In the ONGC PESTLE Analysis, the environmental elements affecting its business are as below:

Along with this the level of intervention by government and rising concerns regarding environment are also factors that ONGC must take into consideration and thereby develop ecofriendly products. The environmental standards and regulations may differ from one country to another and can impact various decisions of the company while its operations. Environmental factors like climate change, levels of pollution in the country, the state of waste management, the need of renewable sources of energy are some of the environmental factors that have a great impact on the demand of oil and natural gas and also the availability of its raw materials.

To conclude, the above ONGC PESTLE Analysis highlights the various elements which impact its business performance. This understanding helps to evaluate the criticality of external business factors for any brand.