The political factors in the Oriflame PESTLE Analysis can be explained as follows:

Oriflame is global company, thus is exposed to the risk of political instability and the risk of government regulations, making doing business more difficult. It operates in more than 60 countries. Oriflame must follow government regulations in the countries where it has manufacturing units. These factors are not in control of the business but they affect the overall sales and profits of the business and considered very important factors for the business. As majority of the company revenues come from the Europe, so Brexit can really put impact on the performance of the business. So, the company must plan strategies to address this issue as this may impact the supply and distribution to UK due to Brexit. 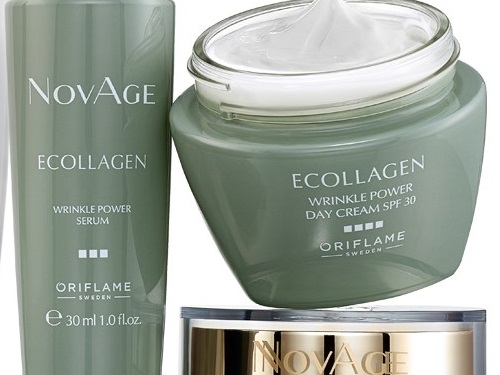 Below are the economic factors in the PESTLE Analysis of Oriflame:

Oriflame company deals in the products like skincare, cosmetics and fragrances and has over 6000 employees.

It is very mature brand and have strong customer base which have helped company in earning large number of profits from long period of time. Any deterioration in economic condition of countries in which it operates could also affect the demand for the brand, leading to decline in sales and profits. Hence, difficult economic conditions in one country also have the potential to affect other countries. Due to covid many people have lost their jobs which have resulted in less consumer disposable income of the people and less demand. This can be major threat for the company, as the demand for cosmetics products is also likely to reduce due to it.

Consumer habits, tastes and preferences, specific products demand, more appealing user interface are some of the examples of the social factors. The company enjoys good social status among its customers. The culture of the people varies from country to country. As people are now getting influenced more towards western culture, so the importance of saving for the future is decreasing for them. They want to spend money to improve lifestyle which is very good for the company’s revenue. The consumer preference is also changing from chemical-filled cosmetics to natural alternatives. The company also offers large variety of natural products which can be very beneficial for the company. The company have also undertaken various initiatives to empower children and women over the period of time.

The technological factors in the PESTLE Analysis of Oriflame are mentioned below:

Technology plays very important part when it comes to innovate in different ways. From producing goods to interacting with customers technology plays very crucial role in enhancing the experience of the customers. Oriflame have made investment in research and development in the areas like plant stem cell technology which have really helped company in producing very high-quality products to satisfy its customers. It has sim to provide affordable products by using highly sustainable anti-ageing active ingredients.

The rise of the social media today has allowed various companies to use valuable information through various metrics allowing them to target their potential customers.

Following are the legal factors in the Oriflame PESTLE Analysis:

The legal environment of cosmetics companies in world is still evolving. It includes various national and international laws which a company must follow to avoid intervention of government and international bodies in the operation of the business. As Oriflame operates in more than 60 countries, so the company make changes in its operation according to the laws of the various countries which makes its operation more complex. As it is Swedish beauty company, so it has to complied to laws and taxation policies of the Sweden. These factors are very closely related to political factors of the country. The government of various countries have also made laws to control the spread of the covid-19 the company should make sure that it follows that laws, to ensure the safety of its employees.

In the Oriflame PESTLE Analysis, the environmental elements affecting its business are as below:

These factors are very important for the success of the company and should not be ignored by any company. Oriflame has ideology of promoting various social initiatives to protect the environment of the country. The company uses biodegradable products in all of its exfoliating products.

The company also has wellness factory in Roorkee, which have various solar panels to use sun to reduce power consumption. The company was also committed to reduce their relative climate impact by 50% between period 2010 to 2020, which shows that company really give great importance to these factors. The company also enjoys very good image in the eyes of the public due to its various initiatives it had taken for the environment.

To conclude, the above Oriflame PESTLE Analysis highlights the various elements which impact its business performance. This understanding helps to evaluate the criticality of external business factors for any brand.