The political factors in the Yamaha PESTLE Analysis can be explained as follows:

Yamaha Organization is a Japanese conglomerate and global corporation that offers a diverse variety of products and services i.e., from musical instruments to Bikes and they are in the semiconductor’s business too. For a firm big firm like Yamaha, it becomes even more important to check the political aspects before starting their operations. Countries that are politically stable offer a more suitable environment to grow while in the countries where political chaos is there it becomes difficult to grow, because with the change of government rapidly, policies will change also and sometimes they are not in your favor. And many times, governments support local corporates houses. Many governments impose higher tariffs over the import of luxury bikes which directly benefits local bike manufacturers. Such political influence helps the firms to gain an advantage while making it difficult for firms like Yamaha to grow. 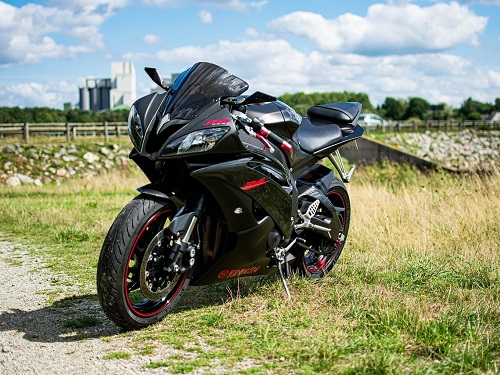 Below are the economic factors in the PESTLE Analysis of Yamaha:

So, the greater a state's economic growth, the greater the number of opportunities available to a corporation. Generally speaking, the state's GDP is a crucial element in the success of a company like Yamaha. As a result, the growth of the global economy is always a source of concern for Yamaha. Also, high petrol prices seriously impact the sales of bikes of Yamaha in developing countries where the disposable income of the population is low. Another major concern for the company is the appreciation of the Japanese Yen, with an increasing value of Yen, the dollar’s value will depreciate in Japan while Yamaha’s major chunk of money comes in dollars.

Demographics of a country plays an important role in the growth of Bike companies, countries which have a large youth count, Yamaha can target them with their luxury bikes with louder exhaust systems, while countries where average population age is above 40, they can offer bikes which are more stable and stronger to attract the 40-above segment. In India, they again launched their old product RX100 by seeing the interest of youth in the Bike. Also, as the educational level in a country increase, normal customers start keeping basic knowledge about the technology required. Public mentality changes and they start seeing bikes as their style statement and reflection of their attitude.

The technological factors in the PESTLE Analysis of Yamaha are mentioned below:

This is accomplished by incorporating three aspects into our product development, production, and marketing processes: "proposing novel and inventive concepts," "developing excellent technology," and "expressing Refined Dynamism through our designs."

Following are the legal factors in the Yamaha PESTLE Analysis:

There are so many different rules and regulations that a company have to follow in order to carry out their business operations without any disruptions. Different countries' business laws procedures may or may not be compliant with international institutions such as the World Trade Organization, the European Union, and so on. Also, time spent in court by business cases in some countries follow international norms, but the time it takes to resolve a case can be years. Before entering an overseas market, Yamaha Motor Co Ltd must carefully analyze the average time of individual circumstances. Also, bike manufacturers have to follow the pollutions standards norms, which may differ from country to country so before starting operations in a specific region, they have to consider these norms too.

In the Yamaha PESTLE Analysis, the environmental elements affecting its business are as below:

The installation, maintenance, and operation of environmental facilities are all covered by these Group standards. Compliance with these standards is being pursued systematically based on roadmaps established on an individual company site-by-site basis, to achieve full compliance at all sites. In this way, they want to minimize the number of incidents that result in pollution to a bare minimum.

To conclude, the above Yamaha PESTLE Analysis highlights the various elements which impact its business performance. This understanding helps to evaluate the criticality of external business factors for any brand.