The political factors in the 7-Eleven PESTLE Analysis can be explained as follows:

The degree of corruption and violence in the host country affects the company. Besides, the market for 7-Eleven can be affected by foreign import policies, global pressures, new regulatory bodies and government policies. Various political reforms, especially unforeseen policies can affect the businesses. For e.g. In 1996, the shop trading bill was introduced into the Victorian Parliament which acted as a turning point and dramatically liberalized retail trading in Victoria. The bill essentially revolved around freedom. Under this legislation shop trading was able to operate 24 hours in a day and for seven days a week except for Christmas Day, Good Friday and before 1pm on Anzac day. This had an adverse impact on the business for 7-Eleven as they had to relocate to remote locations of inner city where supermarkets were less and demand was high. The Victorian Tobacco Act 1987 aimed to reduce smoking prevalence and prohibited sale of tobacco product to a child under the age of 18 years. This negatively affected the business of 7-Eleven as cigarette sales accounted for a large part of the sales of convenience stores. 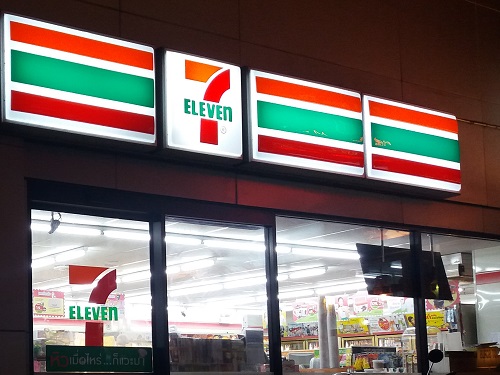 Below are the economic factors in the PESTLE Analysis of 7-Eleven:

The spending patterns of the country are the macro factors which can have a major impact on the working of businesses.

Workforce productivity in the U.S. has significantly improved in the last two decades. Although salaries have not improved by the same amount. This has enabled 7-Eleven to hire skilled workers at competitive salaries. The prices of 7-Eleven over the last few decades have not adjusted in accordance with the changes in the U.S. markets. A higher GDP growth rate has positive implications for businesses as they can expand their product range and target new customers. In order to be successful companies can closely map the buying behavior patterns of consumers and understand the emerging value propositions. The pattern of government spending can boost the sales of the products of 7-Eleven in the short run but might expose 7-Eleven to medium term forex and currency depreciation risks in the long run.

Change in the taste and preferences of consumers, company’s brand image, religious beliefs of consumers and product demographics are responsible for affecting 7-Eleven’s market. Developing a comprehensive understanding of the attitude of both the millennials and baby boomers towards leisure activities and choice of leisure activities, gives an insight into the working of experience economy. Understanding the demographics of the country helps to improve the sales of the brands. For e.g. since the population of USA and EU is growing old, developing products catering to their needs and requirements will improve profitability of businesses. Ageing population will also require less tech intensive products. Education level is another factor that affects the quality of jobs as well as level of income. High level of education is a prerequisite for better jobs and higher income leads to greater demand for aspirational products. The level of authority and attitude towards authority varies among different cultures. Among the Asian economy authority is respected while in the west it is not. The attitude towards authority should be taken into account before launching a marketing campaign.

The technological factors in the PESTLE Analysis of 7-Eleven are mentioned below:

7-Eleven can use digitization of various processes to overcome the major problem of corruption in the local economy. Other factors such as acceptance of Mobile Payments through various portals are necessary for a smooth customer experience. This is a major area where U.S. is lagging behind from China. Better mobile applications and user-friendly systems are at the core of any successful business. Recently, the company has launched a lab store in Dallas, where the focus is to provide a customer wholesome experience. The convenience store would include all the features such as a new section called “The Cellar” which has craft beers and wines. Besides, that the store also furnishes new scan and pay technology for its customers. The customers can purchase 7-Eleven products on an online store and skip the long queues towards the cashier counter.

Following are the legal factors in the 7-Eleven PESTLE Analysis:

7-Eleven has to be careful regarding the data protection laws and what steps it should take to comply with them. Many countries are very stringent about such data laws such as EU, which prohibits the movement of data of citizens outside of EU countries. In 2013, nine store owners of 7-Eleven were charged with exploiting immigrants of federal probe. 7-Eleven itself had filed lawsuit against a former chairman belonging to the National Coalition of Associations of 7-Eleven Franchisees, with the claim that the man siphoned off hundreds of thousands of dollars for a period of at least four years. After a long legal battle, the franchisee lost the battle to 7-Eleven. The franchisee wanted to reinstate his franchise agreement but the company cancelled it after information was received that the franchisee was involved in a cash back agreement with his employees. Such legal battles can affect the brand image of the business in the eyes of the customers. The brands also have to take an overall account of the legal laws before entering a new market and understand how the laws in the new market are different from the home country.

In the 7-Eleven PESTLE Analysis, the environmental elements affecting its business are as below:

7-Eleven has established relationships with two organizations to give a direction to its environment activities such as – Conservation International and Retail Industry Leaders Association. Conservation International, is a nonprofit organization which is dedicated towards building a prosperous planet through the efficient use of science, technology and partnerships. 7-Eleven is a part of the forum of CI’s Business which tries to explore mutually beneficial ways to further reduce its environmental impact. 7-Eleven is a member of the Retail Industry Leaders Association’s Retail Sustainability Initiative. RSI is an industry wide educational forum which identifies future trends, builds benchmarks with peers and collaborates upon common sustainability challenges to bring proper solutions.

The company is committed to reduce its energy footprint in stores by an amount of 20% by 2025. The company has already reduced emissions of MTCO2 by 13.6% from 2015 to 2017. Apart from this the company has started using LED lighting to eliminate use of hazardous materials and comply with local regulations to reduce light pollution.

To conclude, the above 7-Eleven PESTLE Analysis highlights the various elements which impact its business performance. This understanding helps to evaluate the criticality of external business factors for any brand.