The political factors in the Danone PESTLE Analysis can be explained as follows:

Danone is French origin company. There have been many instances where the French government have been backing up strongly their home-based firms. One such incident was chance of hostile takeover of Danone by PepsiCo. But French government amended their regulations that made it impossible for PepsiCo to convert their bid. Due to political factors in Asian, European and NAFTA – North American free Trade Association which includes USA, Canada and Mexico, there are chances of increase in of taxes and import/ export charges. Thus, for Danone it is very important to analyze the political stability of the country it is present already or is willing to expand. Governments these days are in motion to spread importance in their nation about maintain good health and avoiding obesity. Various governments have their own subsidies and benefits to the firm setup in their nation. 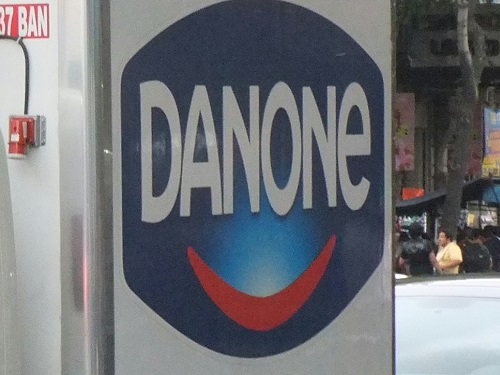 Below are the economic factors in the PESTLE Analysis of Danone:

Economic factors in countries where it operates are important.

The inflation rates determine if the products can be made available at affordable cost. The better the GDP growth of the country better will be the growth of Danone in that region. But the main factor to consider here is the exchange rates between the Euro, Yuan and Dollar. The strength of Euro with respect to other currencies in which Danone operates is crucial factor when we consider the logistic of raw material from one region to another along with the finished goods transfer. The recession or the world economic slowdown will lead to the disruption of the whole supply vs demand.

People these days are becoming health cautious. They are more worried about the type and mixture of diet that they take in, considering also the effect it will have on their health. Danone is a very popular brand in France. As a result of which the affinity the people have towards it is immense. Danone has been called the crown of France. Danone is part of everyone’s childhood in most of the European countries in form of milk and related products. Danone also considers the variety of flavors the modern-day kids require. Plain milk products are not favorable as in old days. Thus, the attitude, changing needs of the customer is also something Danone considers while getting a product in market.

The technological factors in the PESTLE Analysis of Danone are mentioned below:

Technology has not even spared the food industry from its invasion. The disruption that technology imparts in every segment of the Danone and its competitor’s business step is important to be considered. Be it new ways of marketing via social media or the production units going towards automation. Automation has been a huge add on in Danone’s business. It reduces the labor cost incurred and also the product quality is maintained uniformly. The research in the food industry and specially the products of Danone is ever evolving.

The proteins to be added and the benefits to be marketed are a huge task because all of Danone’s competitors have best in class R&D teams working on improving the composition of the product.

Following are the legal factors in the Danone PESTLE Analysis:

Advertisement in the food industry is the main force to pull customers, especially for a brand like Danone. But just to attract more customers the firm cannot put up false ads claiming the false benefits of products. There are laws that govern the consumer misguiding via advertisements. Actimel is one such product which was caught this scanner. Apart from that the laws that protect the labor rights vary from country to country. There are countries, in which Danone is present, which don’t let their citizens being fired from the company without giving minimum notice period. There are laws which check up on the daily wage the workers are entitled to and makes sure wages they get doesn’t go beyond the minimum level.

In the Danone PESTLE Analysis, the environmental elements affecting its business are as below:

World is facing water scarcity in most regions. Spain is the best example to demonstrate the growth of Danone’s water arm due to the scarcity of it. The Global Goals or better known as Sustainable Development Goal are adopted by the United Nations member states.

To conclude, the above Danone PESTLE Analysis highlights the various elements which impact its business performance. This understanding helps to evaluate the criticality of external business factors for any brand.