The political factors in the Virgin Atlantic PESTLE Analysis can be explained as follows:

Virgin Atlantic is British airline having its headquarters in Crawley, United Kingdom. These factors play a very important factor in the operations of the Virgin Atlantic. The UK has two major political parties (labor party and conservative party) which have an impact on the political environment of the country. Due to the slowdown in various countries people tend to opt for low-cost airlines due to the cash crunch problem. It is a matter of concern for the company as it will result in decline of revenue of the airline company. Brexit will also have an adverse impact on the number of people that travel to the UK which will also result in the loss of revenue for the company. Instability in the political environment puts a negative impact on the various industries and the airline industry is one major industry among them. These factors need to be given great importance by the airline industry as these factors may decide the future of any company. 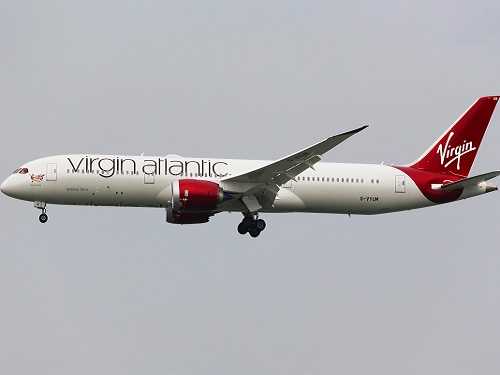 Below are the economic factors in the PESTLE Analysis of Virgin Atlantic:

The airline industry was hurt due to the slowdown caused by COVID-19 across the globe.

Many airlines companies are facing problems surviving in this tough phase. Virgin Atlantic has really hit hard due to this. On 5 May 2020, it was decided that the airline would be laying off 3000 staff and it will also fleet size to 35 by the summer of 2022. It would also not resume operations from Gatwick following the pandemic. The company filed for Chapter 15 Bankruptcy Protection in New York on 4 August 2020. The company is going through a very tough phase now due to less revenue and losses. It is not able to meet its operation cost due to which it has to lay off its employees which is a major source of concern for the company. As people are left with less income to spend on leisure activities, this has resulted in the very low revenue of the company and pushes it into this type of situation.

Virgin Atlantic operates in so many countries, so it has to keep a close look on the culture, spending habits, gender ratio, demographic profile, etc. of these countries. Major portion of the company revenues come from the UK, so the company cannot afford to overlook the social factors of the UK. Also, the airline industry has large threats from the Air Traffic Control strikes threat, as it makes it difficult for the airline to operate. Due to COVID-19, people now avoid traveling due to fear of viruses. This has really put a very adverse impact on the whole airline industry. Various airways companies are suffering huge losses as airways companies are not able to operate optimally due to these factors. The company is also facing problems of survival due to this. So, the company needs to take quick actions to improve the performance of its business.

The technological factors in the PESTLE Analysis of Virgin Atlantic are mentioned below:

Like all airlines, Virgin Atlantic is driven by technological factors. These factors play a very important role in the airline industry as continuous improvement in technology helps airlines to improve their safety standards as well as reduce the cost of operation. This factor can be very important for any company to provide competitive advantage to it over its competitors. Due to the increase in digitalization, it has created various opportunities for the various companies to contribute to digital disruption caused in the economy. The company should capture the latest trends in the technology to satisfy its customers and also at the same time improve its efficiency with better technology.

Also, the customer should be given various offers on booking of the tickets so that it can attract more customers and increase its revenue.

Following are the legal factors in the Virgin Atlantic PESTLE Analysis:

Legal factors like copyrights, patents, data protection and intellectual property law are some legal factors that influence the form of business from one nation to another. Also, there are strict laws formulated for the airline industry for ensuring safety of the passengers. Virgin Atlantic cannot think to ignore these laws and regulation, as they might result in the heavy penalty and may also result in the temporary shutdown of the services of the company. It has to follow various national and international laws. The government of various countries have made new laws to stop the spread of the COVID-19, to ensure proper sanitizing and maintaining distance between passengers. The company should make sure that it must follow these laws to satisfy its various stakeholders.

In the Virgin Atlantic PESTLE Analysis, the environmental elements affecting its business are as below:

These factors are becoming very important, especially an airline brand like Virgin Atlantic, now as people are becoming more sophisticated towards the environment. They understand the impact of high carbon emission on the environment and their health. The airline industry is often criticized for the high carbon emission it causes which results in many problems ahead. People now also see what the company is doing to address these environmental issues.

The companies which make efforts to address this issue enjoy a good reputation in the eyes of the public which may help the company in increasing its revenues in the future. Also, various countries have various environmental laws to address the problem of climate change now, so these laws must be followed by the airline to stop the intervention of the government and various NGOs in its operations. These factors cannot be ignored by any company as these factors play a very important role in satisfying various stakeholders.

To conclude, the above Virgin Atlantic PESTLE Analysis highlights the various elements which impact its business performance. This understanding helps to evaluate the criticality of external business factors for any brand.