The political factors in the Uber PESTLE Analysis can be explained as follows:

Uber has always faced endless debates globally. Most of the government are worried about the guideline of the sharing economy. Rising of Uber had a troublemaking effect on the business of traditional taxi services which lead to a rise in disapproval against them at several stages. Even government and law are concerned if they need to make new commandments for the service providing companies like Uber. Political discussions about drivers being companies employees, not contractor have led to face a lawsuit in California, US. And this issue not limited to the US only, Uber is facing the same issue in South Africa. The South African government initiated seizing the uber cars because the driver didn’t hold a taxi permit. Another discussion were the wage laws in this industry, and whether Uber was adhering by these rules. Business licenses are also required by the government, documentation to be given by Uber as well. 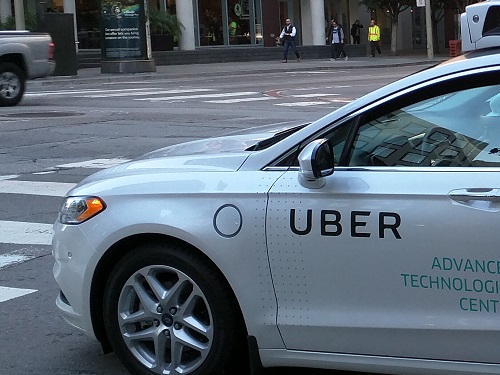 Below are the economic factors in the PESTLE Analysis of Uber:

Sharing economy is based on the physical and intellectual resources by Uber.

The sharing economy has generated employment for people in large numbers. A large number of employment opportunities for drivers was created by this shared economy in the case of Taxi services. Uber is also providing taxi services at a lower price which, causing worry for the other taxi drivers. Traditional taxi services had to cut down their rate to remain the competition. As people would opt for cheaper products and services in the economic downturn, when it comes to economic recession uber does not get affected deeply as compared to other industries. The development of Uber has been exceptionally quick even when they have had a challenge of low prices put up by the normal taxi drivers maintaining the incredible care they provide.

One good thing about Uber is that customers have mostly been happy about the service provided by them. Smartphones have made it even easier and friendlier for the people to get a picking point, pick-up time a, dropping time, even people can track their routes. The price has been less as compared to other taxis and this has lured many. Awareness has been spreading by ads, social media and mostly by word of mouth. So with all this fame, the prices of the rides have also increased especially in the urban areas which is good for Uber but not taken up well by the customers. But even after everything clients pick Uber only most of the times due to its usability. Due to its availability people have been inclined to Uber greatly.

The technological factors in the PESTLE Analysis of Uber are mentioned below:

Innovation is at the foundation of everything enormous in the 21st century and development doesn’t work without innovation. The ride sharing business for Uber has been an incredible innovation aswell as an incredible experience for riders as well as drivers and this could only have been possible through the technological advancement and innovation. Uber has coordinated a few unique highlights into its application to give a remarkable encounter. Geolocation being one of them, message pop-ups being another, Uber has it all. In this way, innovation is one of the significant components driving Uber's quick development.

Besides, Uber has kept on improvising and uses innovation instinctively for advertising purposes as well.

Following are the legal factors in the Uber PESTLE Analysis:

Companies have to abide by the law or else they have to pay fines and Uber being in the transportation industry, has great fines if not complied by the laws. Uber has been put on a platform where it is being charged on by the customary administrations about the laws applied to it. It is in legitimate trouble where a driver complained about low wages being paid to them which has put them in a fix. The human asset value is being challenged at Uber. Thus, In 2015, California state controllers decided that Uber must regard its drivers as workers and not as temporary workers. In France as well, Uber was hit with fines over unlawful driving without appropriate grants.

In the Uber PESTLE Analysis, the environmental elements affecting its business are as below:

Sustainability has been a concern for most of the businesses thus Uber has also given importance to it. Traffic congestion and fuel consumption have increase, believed by many.

But studies haven’t shown an increase in the traffic due to the use of Uber cabs people may have used Uber instead of public transport. Uber Green has been launched as its pilot project to take sustainability into consideration. The project takes riders requests of a green ride at a couple of buttons.

To conclude, the above Uber PESTLE Analysis highlights the various elements which impact its business performance. This understanding helps to evaluate the criticality of external business factors for any brand.