The political factors in the Tommy Hilfiger PESTLE Analysis can be explained as follows:

Tommy Hilfiger is a leading fashion brand having a strong global presence. Tommy Hilfiger, has been a subject to some serious political controversies because of it founder’s racial remarks. In the past, Tommy has said that he would not have made any clothing had he known that the blacks will also be wearing it. In 2016, he found himself in a controversy when he made a statement which was politically incorrect. Due to this remark, the company faced serious criticism among the masses as people started appealing to boycott the brand’s clothes because of remarks made by its founder. This can tarnish Tommy Hilfiger’s brand image and hence reduce customers loyalty towards the brand. 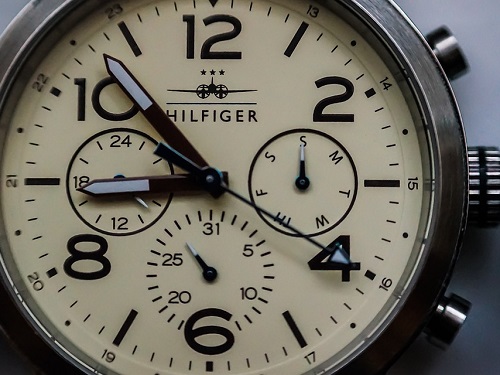 Below are the economic factors in the PESTLE Analysis of Tommy Hilfiger:

In a referendum, Britian decided to move out of the European Union which caused the Pound value to drop drastically as compared to the Dollar.

This is expected to have an impact on many fashion brands trading compilations. The world is witnessing a slowdown in the economic growth. The Global Economic Growth has slipped from 3.6% (last year) to 2.9% (this year). Despite the unfavorable economic conditions, Tommy Hilfiger has successfully been able to increase its overall revenues by 12%. Also, the company claims to have observed a double digit growth in China, one of its most important markets in Asia. The company has recently shown interest in investing in economic stable countries like Australia where they have not expanded extensively.

Tommy Hilfiger has a strong online presence. They have an active social media presence with social influencers often making an appearance in public wearing the culture allowing fresh eyes to see the brand which then introduces a new target demographic. Celebrities like Drake, Bruno Mars are often seen in the brand. Having a presence in different countries all over the globe, Tommy has to devise multi cultural marketing techniques. For example – there might be some countries which do not find the brand logo to be printed on the products. But also, countries like India, where people like to make a fashion statement; they prefer a printed logo of the brand on the product.

The technological factors in the PESTLE Analysis of Tommy Hilfiger are mentioned below:

Tommy Hilfiger doesn’t have its own E-Commerce Portal. While its competitors are moving ahead in having an in-house E-commerce portal, Tommy has till now failed to do so. The company should also have a prominent presence on the E-commerce portals like Amazon, Flipkart etc. It will help them reach to larger audience. Also, an average person today tends to check its social media more than 6 times a day. Therefore, Tommy Hilfiger should make full utilization of these social media platforms like Facebook, Instagram, Youtube, Pinterest, Twitter etc. It should run paid ad campaigns which to reach out to its prospect customers. Doing this will also help LV in keeping a constant engagement with their prospect customers.

Timely technological advancements are required in order to minimize the costs.

Following are the legal factors in the Tommy Hilfiger PESTLE Analysis:

Following Hilfiger’s fairground fashion show the brand faced ‘legal action’ from American brand ‘GIGI’. The leather goods label (GIGI NEW YORK) wasn’t impressed with the release of their collaboration as they felt: ‘Tommy Hilfiger had copied’ them causing ‘consumer confusion’. It was stated that the handbag brand has had ‘law property rights since 2010’.

In the Tommy Hilfiger PESTLE Analysis, the environmental elements affecting its business are as below:

They are also members of various societies and establishments, including Better Cotton Initiative and the leather Working Group. Tommy Hilfiger’s parent company PVH aims to eliminate the use of non- renewable sources of energy in its warehouses and facilities by 2030. Also, it is focused on reducing its carbon footprint to 30% in its supply chain.

To conclude, the above Tommy Hilfiger PESTLE Analysis highlights the various elements which impact its business performance. This understanding helps to evaluate the criticality of external business factors for any brand.