The political factors in the GAP PESTLE Analysis can be explained as follows:

GAP is one of the leading apparels brands the world over. Political stability in the market, the relevance of bureaucracy and corrupt practices, the freedom of the press, home market lobbying practices and others are some of the political factors which affect pestle. The annual budget is not fixed as it is involved in political unrest year by year. GAP is also involved in some of the political controversy and racial controversy, some of the social media controversies include when a black girl was used as an armrest by some of the white girls. This campaign caused massive outrage on social media with comments, tweets, retweets, and posts. Major production of GAP products is done in South-East Asia but U.S. president was implying more pressure on American firms to produce their product inside the country itself. So the firm has increased trouble in shifting all of its production to America. 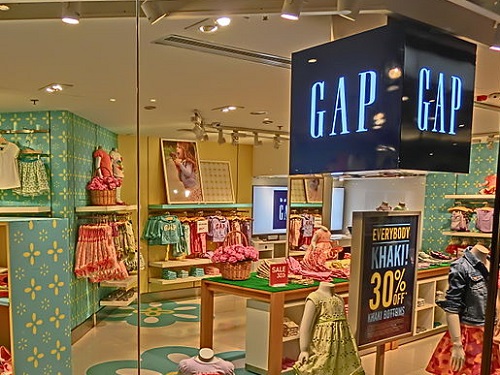 Below are the economic factors in the PESTLE Analysis of GAP:

The changes which occur in the foreign exchange rate have a direct impact on the economic factors of GAP financial performance.

The negative effect which was caused by the fall in the Canadian dollar and Japanese yen against the U.S. dollar caused a negative effect of foreign exchange. The interest rate of a country affects the consumption power of an individual, so if the rate is lower then people will invest more and which will increase the market for GAP. The rate of GDP growth affects how fast will GAP raises in a country. Additionally, some of the factors like changes in inflation rate and tax rate in the US, the rate of unemployment, the cost of labor, changes in consumer disposable income and others can also affect the performance GAP Inc. in the US and international markets.

The factors which influence the social factors are culture, belief, attitudes and values that the majority of the population may hold as a community. The marketing and advertising perspective of the company is highly influenced by such social factors. To have an upper hand in the market the products and marketing of the products should be designed after understanding the customers, the way of living, their needs and wants. One of the campaigns done by GAP resulted in a massive outrage by the people, the ad featured a boy and a girl with some labels given to both of them which was unequal for both of them. GAP also supports the LGBT community as it bestows 30 percent of its profit to the UN Foundation to benefit Free & Equal.

The technological factors in the PESTLE Analysis of GAP are mentioned below:

New innovations and technical advances are not only required to maximize profit and maximize the market share but also to prevent obsolescence in the future. GAP has spent in augmented reality for the convenience of consumers. Customers can have a preview of their clothing in real-time with augmented reality. Not many of GAP's competitors have utilized this potential. But there are certain constraints to it also, not every clothes are available for the preview. The impact of technological development has to be studied, so an analysis can be made on whether to reinvest on the same technology again or not. GAP has also invented a mobile app that lets customers leave the store by buying clothes through the mobile store itself.

This mobile checkout makes it easier for the customers to avoid that long-lasting line at the bill checkout counter.

Following are the legal factors in the GAP PESTLE Analysis:

GAP is compiled to follow all the legal restrictions which come under the jurisdiction in the national and international markets. GAP is also responsible to follow the rules and regulations which it is compelled to its stakeholders. Some of the rules include equal pay to men and women in its company. The company protects its intellectual property rights and patents, otherwise it can incur a great loss. As the profits are earned because of such information. If the company loses such rights, then it will also lose its competitive edge in the market.

In the GAP PESTLE Analysis, the environmental elements affecting its business are as below:

In Bangladesh, several questions were raised on the safety and ethnicity of the GAP factories located there. The environmental factors like the season and global warming effects the delivery of raw materials to the GAP factories and also the delivery of finished products to the customers. Financial implications can also occur on GAPs like pollution fines and quotas, so it has to manage the amount of waste it produces, it should be in the stated limits set by the government.

To conclude, the above GAP PESTLE Analysis highlights the various elements which impact its business performance. This understanding helps to evaluate the criticality of external business factors for any brand.