The political factors in the Vodafone PESTLE Analysis can be explained as follows:

Vodafone throughout the years has faced increasing competition in Spain and Italy. During the mid-half of the last year the company faced certain pressures in South Africa as well. Despite of the problems the company maintained their organic growth with service revenues up by 0.3%, EBITDA up by 3.1 % and EBIT BY 9.4% in that particular year. In 2018 Vodafone Qatar was sold to Qatar Foundation in a joint venture between Vodafone and Qatar Foundation, that now controls Vodafone Qatar. The company’s business declined due to the sale, a number of settlements in the previous year and an overall lower benefit received from handset financing in the UK. The company performed earned good revenues and growth in Germany, UK and Other Europe, their performance was offset by decline in earnings in Spain and Italy. In Spain the company had to reposition itself due to increase in price competition while in Italy, the company faced a new entrant in the mobile market. A new data regulation resulted in a slower growth in the South African market. 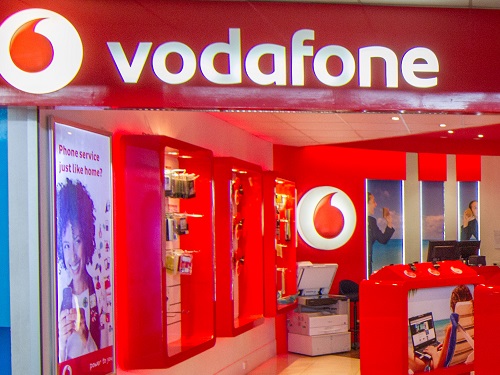 Below are the economic factors in the PESTLE Analysis of Vodafone:

Vodafone company has prepared its vision and designed its strategies, such that it is able to drive better returns on capital employed in Europe.

The secondary goal of the company is to modify their cost base by taking advantage of new digital technologies. The third goal is to deleverage their balance sheet in such a manner that they achieve their aim to move to the lower end of their targeted 2.5x-3.0x range in the upcoming years. Due to early progress in the operating transformation, the company has decided to accelerate the timeline for implementation of ‘Digital Vodafone’ programme from five years to three years. The company has decided to reduce their net expenses in Europe by 1.2 billion euros by the end of FY21 and implying an annual savings of 400 million euros. The company is focused around realizing substantial opex and capex synergies created by the announcement of Liberty Global transaction. The company has established targets of 535 million euros of run-rate synergies in Germany and CEE.

The changes in sociocultural factors of an economy can have a profound impact in the sales and profitability of business especially in specific regions. A change in lifestyle as well as preferences of the consumers directly impact the financial health of the business. The growing demand for internet all over the world due to consumerism has facilitated an increase in the demand for fast internet services. Internet is increasingly being used both for entertainment and work purposes. Growth in demand for internet has proved to be beneficial for international telecom companies such as Vodafone. Even the difference in educational backgrounds of the marketers and the target market may create a barrier to effective flow of information. Since Vodafone is mostly a European company developing a thorough understanding of the lifestyle, beliefs, education and buying preferences of customers all across the world would help Vodafone expand its customer base by targeting right people in the right place.

The technological factors in the PESTLE Analysis of Vodafone are mentioned below:

Vodafone company has established high targets for transformation through a renewed focus on operational excellence and targeting a more consistent commercial performance across the entire Group. In order to build customer loyalty and engagement the company has become Europe’s leading TV and platform for content distribution with 22 million active users. MyVodafone App has been successful in establishing and maintaining customer relationships. The company has a leading global loT platform for continued business partnerships. Besides, this in order to make payment method easier for its customers, M-Pesa platform has been developed which is the largest payment platform in Africa. Although the company has a leverage over its competitors in terms of having assets and infrastructure but they are more focused upon optimum asset with sustained network leadership through maintaining capital smart infrastructure partnerships and leading the gigabit networks.

The company looks upon it as an opportunity to generate significant value and create returns.

Following are the legal factors in the Vodafone PESTLE Analysis:

Post the merger of Vodafone and Idea the company came under the light of legal scrutiny related to issues of raising demand for dues. In 2007 Hutchinson which was acquired by Vodafone. The company was charged with a hefty tax amount of $2.5 billion by the Indian Income Tax Department over the mentioned purchase. The reason behind the dispute was that since the transaction involved the purchase of the assets of an Indian Company, therefore it should be taxed in India. The transaction had given Vodafone a major stake in the company which was around 67%. The deal had also removed the rights of the Hong based company in India. However, the company won the case in 2012 when the Supreme Court passed a judgement in favor of the company stating that the Income tax department couldn’t levy tax upon overseas transaction between companies formed and incorporated outside India.

In the Vodafone PESTLE Analysis, the environmental elements affecting its business are as below:

Vodafone company understands that it is responsible for connecting over 650 million and various organizations on a global level. However, the company has also declared to improve one billion lives and reduce their environmental impact by more than 50% by 2025. They would achieve their purpose through taking firm steps in three domains: digital society, inclusion for all and for the planet.

The company realizes the fact that access to digital future is an opportunity, that should be equally distributed so that the most vulnerable are not left behind. In order to reduce their footprint, the Vodafone company has decided to focus upon switching to renewable sources of energy for efficient supply. They have also targeted to reduce wastage of network which would help them to accelerate the growth of their business and increase the demand for data by consumers.

To conclude, the above Vodafone PESTLE Analysis highlights the various elements which impact its business performance. This understanding helps to evaluate the criticality of external business factors for any brand.