The political factors in the Airtel PESTLE Analysis can be explained as follows:

Airtel is very much vulnerable to many political policies and actions. In recent times after coming of Jio many government policies came which has negatively impacted the business of Airtel. First government has reduced the interconnect usage charges drastically which drastically impacted its revenue. Interconnection charges is given by the network company from whose network a user made a call to another company network user. Since airtel has large subscribers, many other network users made call to Airtel users and Airtel gets good revenue for each such call but after reduction in prices it lost its revenue drastically. Moreover, the spectrum auction prices set by government is too high for telecom companies that their financial health is bleeding. India has one of the highest auction prices in the world and it is affecting the profitability of the telecom companies in India. 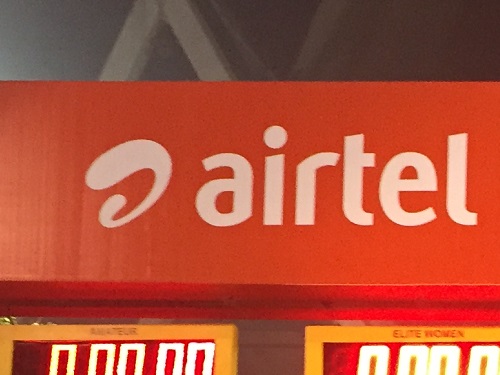 Below are the economic factors in the PESTLE Analysis of Airtel:

India is one of the most fastest growing economy of the world and by 2025 every people above 20 years of age will have mobile in their hands.

It provides a great opportunity for Airtel to increase its customer base significantly. Moreover, after the entry of Jio, major merger and acquisition takes place in the telecom sector and now there are only 4 major operators in the market. Now after some time Airtel will be more able to charge the prices accordingly and it also gets higher market share. While its consumer is increasing, its average revenue per user declined significantly in 2016 onwards because of tough competition by Jio and Vodafone. By taking several measures, it is now able to again increase its ARPU to 129 rupees in august 2019.

By 2022, India will have 829 million mobile users in India. The growth of mobile in India is tremendous and it brings in a great opportunity for Airtel to rope in the new mobile phone users to its networks. Till 2015 the data and call rates were very high and most people do not use data In India and main revenue for Airtel is from calls only. But when Jio launches free calling and data scheme for the price conscious Indians, the demand for mobile data significantly increased and now the main revenue source of telecom industry is data. So, the change in habits of people of using mobile phone has created a lot of opportunity for Airtel to grow. Now India is the highest data consuming nation in the world. It opens up a new avenue of growth for the Airtel. Data has become the new oil and Airtel is reaping the benefits of its investment in infrastructure.

The technological factors in the PESTLE Analysis of Airtel are mentioned below:

Bharti Airtel roles in different technology to be the market leader in the telecom sector. It is opening innovation lab in Bengaluru to make advancements in Internet of Things, virtual augmented reality and artificial intelligence to provide digital solution to its customers. It has launched its digital innovation project – ‘Project next’ for which it will invest 2000 crore rupees in three years to bring digital solution to the market. It is also focussing on bringing 5G services in India. It has diversified into home services, digital tv services and Airtel businesses.

Keeping in mind the customers preference for music it has acquired Wynk music.

Following are the legal factors in the Airtel PESTLE Analysis:

After data has become the new oil, the concern for privacy has increased significantly. The personal data of the users are stores in company’s data centres and it is often alleged that companies sell the users data to the third party which can misuse the data. Airtel has to regularly assure its customers that It will not sell its data to the third party without its permission. Recently it has proposed the ‘Airtel Zero’ marketing platform where users are allowed to access mobile applications for free but the data charges will be paid by application providers. It created an uproar in public and it outrightly rejected it saying it was against net neutrality. They say Airtel cannot decide which apps to use and which apps not to use. They say that Airtel will favour to those companies which will pay them higher money and reduces the speed of apps and sites which pay them less money. Airtel has to scrap the project after such accusations.

In the Airtel PESTLE Analysis, the environmental elements affecting its business are as below:

Airtel is working hard to contribute towards the environment. It is designing energy efficiency in its networks, facilities and data centres. It is increasing the use of renewable energy to satisfy its energy needs rather than conventional energy. Airtel has installed six solar plants which can reduce the emissions by 800 tonnes per year.

It is also planning to share tower infrastructure with competitor’s mobile network which reduces the need for separate tower and helps in saving energy. Recently its employees take the initiate to plant 1800 trees in Rwanda under the theme ‘I am green’ under which they have targeted to plant at least 1,50,000 trees. Airtel has collaborated with the Odisha government to add 200,000 fishermen to its network to provide life saving alerts on floods, cyclones and any other natural calamities.

To conclude, the above Airtel PESTLE Analysis highlights the various elements which impact its business performance. This understanding helps to evaluate the criticality of external business factors for any brand.