The political factors in the HP Hewlett-Packard PESTLE Analysis can be explained as follows:

HP operates in 170 countries around the world hence political factors play an important role in its operations throughout these nations. In 2012 HP faced a backlash and even the United Nations Human rights commission had raised its concern. Political factors play an important role in any company’s growth in a specific region. If the country has a stable government, then it will provide a stable environment for the particular firm otherwise in the countries where the government changes more frequently firms tend to hesitate to invest. Governments have several policies that benefit Tech giants like HP to set up their plants in particular regions, called SEZ (special economic zones) for tech giants only to attract their investment in the country. The judicial system’s freedom also plays an important role in a company’s growth in a particular company, HP had several lawsuits before with many other firms. 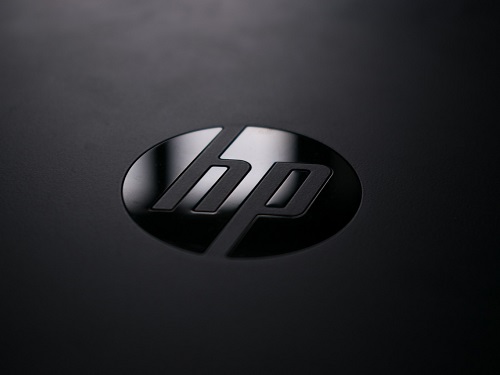 Below are the economic factors in the PESTLE Analysis of HP Hewlett-Packard:

It becomes important for HP to understand the economic environment of the country before entering into it. Many factors like Inflation rate, GDP growth, Labour cost, the financial and economic stability of a country play an important role in HP’s growth. If a country has a growing GDP, it will offer HP a market that is continuously increasing and in today’s world, a growing GDP need more Computed products and software’s which HP provides. Labour cost has its importance, in countries like India and China where the labour cost is way less than western countries not only help HP to get more revenue but can export products from these countries to the west. If a particular country has a high inflation rate like in Venezuela and Mexico the HP products will become more expensive and this will lead to the loss of trust from the brand. Many other factors like the skilled labour force, the unemployment rate, efficiency of the financial market also impact HP’s operations in a particular country.

Social factors have an important role to play when a tech giant like HP has to start or increase its operation in a particular country. Social factors like Demographics of a country, educational level in the country, the culture of a region and its social structure have both direct and indirect impacts on HP’s operations. In western countries like the US and the EU, where a large chunk of the population is above 40, hence they need systems that are customized with the needs of that particular population. When the Educational level of a country increases, more students get to graduate so they need more computers and related products this will give HP a market with huge demand like in India in recent year’s our population become more educated hence now India has more demand of Laptops, computers and printers. In countries like India where parents have more authority over their Children, HP has to target parents rather than children to sell their products.

The technological factors in the PESTLE Analysis of HP Hewlett-Packard are mentioned below:

Being a Tech Giant technological factors affect HP more. The rapid advancement in technology has created more challenges for HP. With the rapid advancement of technology HP’s competition increased at an unprecedented rate, even Lenovo get ahead of HP in terms of revenue and selling of several products, because Lenovo offers the same products with more advancement but at a cheaper price. To keep up with its competitors HP has to spend more on research and development, and it has invested more than $2 billion in R&D. Now 5G is going to be the next big thing in countries like India so HP has to customize their products according to the customers’ needs.

In emerging countries where the population start using digital ways of payment and many 3rd party payment apps it becomes easier for HP to sell their products directly to consumers.

Following are the legal factors in the HP Hewlett-Packard PESTLE Analysis:

Before entering into a new market or even when particular changes occur in policies of a government it affects the business directly. With the advancement in technology, it becomes more important to keep our data safe and secure, that’s why there are so many data protection and privacy laws in various countries. So, HP has to follow the data laws of the particular country for example many countries like India, the EU, China wants to save their data in their own country. In countries like the US, EU, UK, India Consumer Protection Laws are very important to follow. HP has to examine how consumer protection laws are enacted in the particular country and how the normal consumers and various activist groups reacted to the customer protection laws. Whether there are special courts for issues between the consumer and the company, if yes then HP has to be more customer-oriented to minimize such issue. HP filed a lawsuit against Oracle and won it and also awarded $3 Billion as collateral. If proper judicial freedom was not there may be HP had lost the case.

In the HP Hewlett-Packard PESTLE Analysis, the environmental elements affecting its business are as below:

With the growing concern’s regarding the environment and sustainability, the environment factor becomes an important part of PESTEL Analysis. HP announced that it recycled 1 billion products and from then onwards it increased its goals every year. Because of these efforts, HP ranked number 1 for many years in many environmental sustainability indexes. The company releases a Global Responsibility Report, which focuses on how HP uses its products and services for better use of mankind.

HP has achieved Zero Deforestation associated with HP papers and product packaging. As a responsible firm HP has to follow the norms of the Paris Climate Agreement this will create the goodwill of HP in its customers’ mind which in turn lead to more trust and hence more sales of the HP products. Weather and Climate conditions also play an important role, because in countries which have extreme weather conditions the company have to spend more on the supply chain and the build quality of products this will indirectly lead to the increase in prices of the products.

To conclude, the above HP Hewlett-Packard PESTLE Analysis highlights the various elements which impact its business performance. This understanding helps to evaluate the criticality of external business factors for any brand.